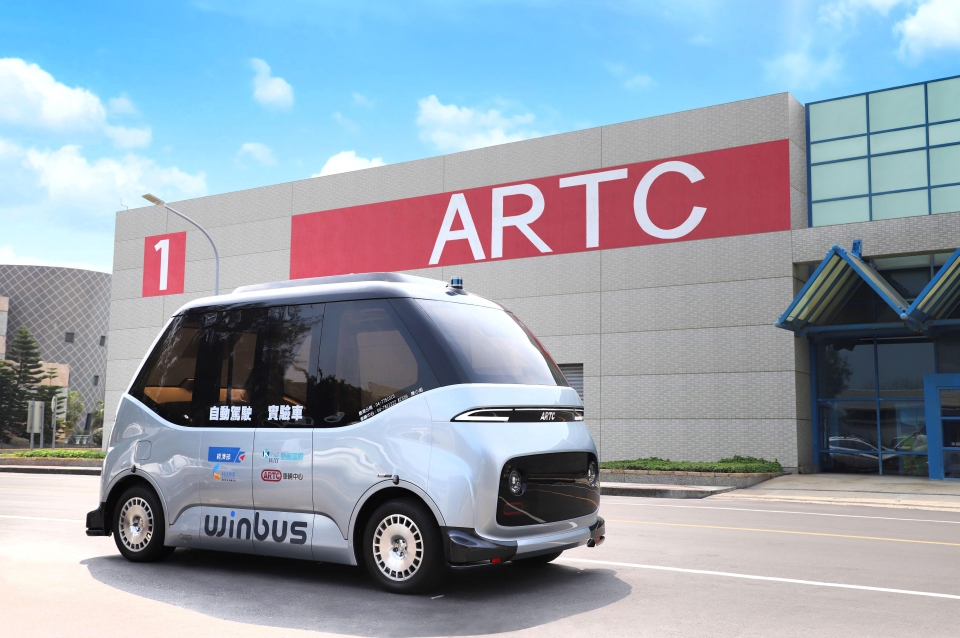 In the global trend of smart driving, the vehicle research and testing center (Vehicle Center) and Qinwei International took the lead in applying for the “Unmanned Vehicle Technology Innovation Experiment Program” of the Ministry of Economic Affairs. Please receive the first test of the self-driving sandbox operation regulations The license plate has been officially launched on March 20, 2020 (2020), and a one-year “Lukang Changbin Smart Tourism Connection” operation experiment plan has been launched.

The WinBus self-driving electric minibus with a smooth, smooth and anthropomorphic expression on the front has been running on the roads of the Changbin Industrial Park for nearly half a month. The people and vehicles passing by all slow down their pace and speed, surprise attention, capture the lens, and attract attention One hundred percent! In 2019, the vehicle center will integrate key components, systems and vehicular power plants in the upstream and downstream of domestic vehicles, including chassis, power, electrical energy, car body construction, perception, decision control, networking and operational services. Research and development, from zero to one, and work together to create.

The new phase of the task in 2020 is to be the first to pass the self-driving sandbox operation review under the cooperation of local self-driving industries such as Qinwei International, Vehicle Center, Chunghwa Telecom and Acer Zhitong, which will be carried out in Lugang and Changbin Industrial Zone. Self-driving connection experiment test. Among the 12.3-km-long connecting routes, WinBus plans 12 test scenarios that are suitable for the sightseeing of Changbinlu Port and the city and suburban connection services. In the future, WinBus will use vehicle-end self-driving systems, smart road facilities and back-end operation management platforms. Verify the ability of the self-driving bus to connect to Lukang scenic spots.

Wang Zhengjian, general manager of the vehicle center, said that from the technical research and development to the realization of industrialization, “practical verification” is the most important link, which has very significant benefits for the industrial economy, system development and service energy improvement. With the support of the Science and Technology Project of the Technical Office, the Vehicle Center was completed The design and creation of WinBus, together with Qinwei International and other manufacturers, became the first case of the “Unmanned Vehicle Technology Innovation Experiment Regulations”. In the follow-up, it also cooperated with policies to promote the “Self-driving Car Demonstration Operation Plan”. And commercial verification as the main axis, combined with local government needs, with industry leaders and legal persons as supplements, the development of innovative operation service models can accelerate the development of the self-driving car industry, assist the industry to establish self-driving car service solutions, and even expand to overseas markets.

The scope of the WinBus self-driving experiment is mainly in Lugang District of Zhangbin Industrial Park, extending to the car park of Tianhou Palace in Lugang, driving a fixed route and setting up five connection stations, including the Taiwan Glass Museum, Zhangbin Xiuchuan Health Park, and Brandan Health The museum, the Ribbon King Tourism Factory and the Lugang Tianhou Palace parking lot, etc., attract new tourists with self-driving new technology, connecting the life function and transportation between the Lukang Town and the Changbin Tourism Factory, providing a public connection for transportation mobility service. The general manager of Qinwei International Huang Shengzhong explained that under the promotion of the Ministry of Economic Affairs, the “Unmanned Vehicle Technology Innovation Experiment Regulations” was promulgated and implemented in 108 and officially accepted applications on October 25 of the same year. Qinwei International was the first supplier to apply for delivery On March 3, 109, the first self-driving car test license plate for road operation was obtained through deliberation, and on March 20, 109, the first voyage was officially launched.

The first phase is a two-month self-driving operation without passengers. The route passes through the four major tourist factories in the Changbin industrial area; the second phase is within the same range and the public riding experience is open; the third phase will be connected Expanded from Changbin to Lugang Tianhou Temple parking lot, the total length of the running route is 12.3 kilometers. It is the longest experimental route connected by self-driving bus, which verifies the service service of the whole area of ​​Changbin Lugang tourist attractions. It is expected to achieve the goal of 1,000 kilometers driving and 1,500 connecting passengers in the first year, and the growth will be more than 3 times in the second year. It fully shows the design of low traffic and high flexibility, which is in line with the rural or off-peak connection of the intelligent transportation system The operation plan is expected to expand the tourist range of tens of millions of tourists each year from Lugang Town to the public sightseeing factories in the Changbin Industrial Zone, so that the folk cultural journey will be deeply integrated with industrial knowledge.