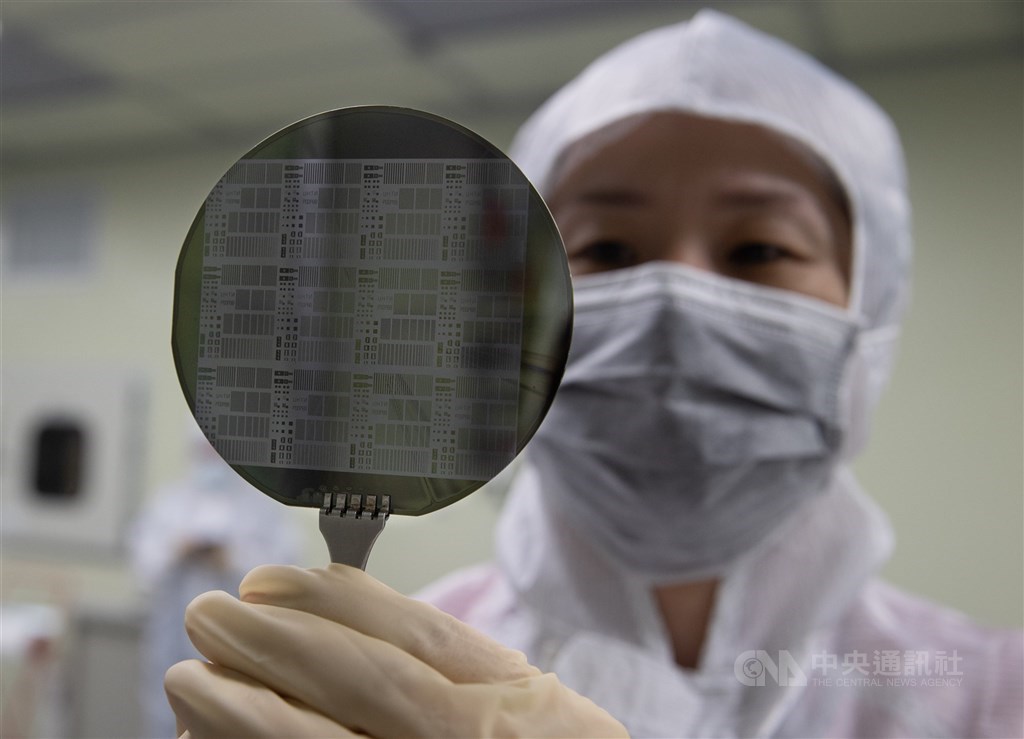 The government will continue its efforts to work with the local semiconductor industry to further strengthen the supply chain by exploring new technologies, including the third-generation semiconductor development, Vice Premier Shen Jong-chin (沈榮津) said Wednesday.

Addressing the opening ceremony of SEMICON Taiwan, an annual international trade fair for the semiconductor technology sector, Shen said that after 50 years of semiconductor development, Taiwan had taken top place in the pure wafer foundry segment and IC packaging and testing services, and No. 2 in IC design.

In 2021, the production value of the local semiconductor industry surpassed the NT$4 trillion mark for the first time to hit NT$4.1 trillion (US$132 billion), up 26.7 percent from a year earlier, according to Shen.

The so-called third-generation semiconductors refer to products including silicon carbide (SiC) and gallium nitride (GaN) for electric vehicle use, while silicon photonics is the application of photonic systems which use silicon as an optical medium.

In addition, Shen said, the government will continue to push for IC development projects, including microelectronics and sub-micron technologies, to further shore up the semiconductor industry, while continuing to remove barriers to investments in the industry for future growth.

According to Shen, the government will continue to provide as much support as possible when it comes to land, water, electricity, and talent for the local semiconductor industry.

Taiwan has played a critical role in the global semiconductor industry on the back of a well-built industry cluster and leading in advanced processes, added Shen.

Also speaking at the opening ceremony of SEMICON Taiwan 2022, which will run through Friday and is the largest edition of the event in 27 years, Economic Minister Wang Mei-hua (王美花) said the local automotive electronics segment posted NT$300 billion in production value in 2021 after a double-digit pace in growth in the previous two years.

In 2021, as the global auto industry had experienced a supply shortage in chips, Taiwan had tried its best to supply chips for global auto production, which has allowed many countries to have a better understanding of Taiwan as a reliable partner in the global economy, according to Wang.

Wang said she was upbeat about the EV industry, which will use more chips to power vehicles, in particular in self-driving systems, and under such circumstances, the local semiconductor industry would take advantage of its strengths to integrate itself with the global EV industry.

She also added the government would be glad to see more Taiwanese semiconductor suppliers work with international automakers.

She estimated that along with chips used in automotive electronics, the local auto industry is expected to produce more than NT$1 trillion in annual output in the near future.

As talent is the most important asset in the semiconductor industry, the economics minister said the government will try to prevent Taiwanese professionals from being poached by Chinese firms through the revisions of the Trade Secret Act and the National Security Act. However, the minister did not elaborate about the law revisions.

She added that the government had also enhanced cross-ministry communication to help protect Taiwan’s semiconductor talent from poaching.

Also at the SEMICON Taiwan opening ceremony, Leu Jang-hwa (呂正華), director-general of the Administration for Digital Industries under the newly inaugurated Ministry of Digital Affairs, said his agency would team up with the local semiconductor industry to establish security standards to facilitate the development of the industry.