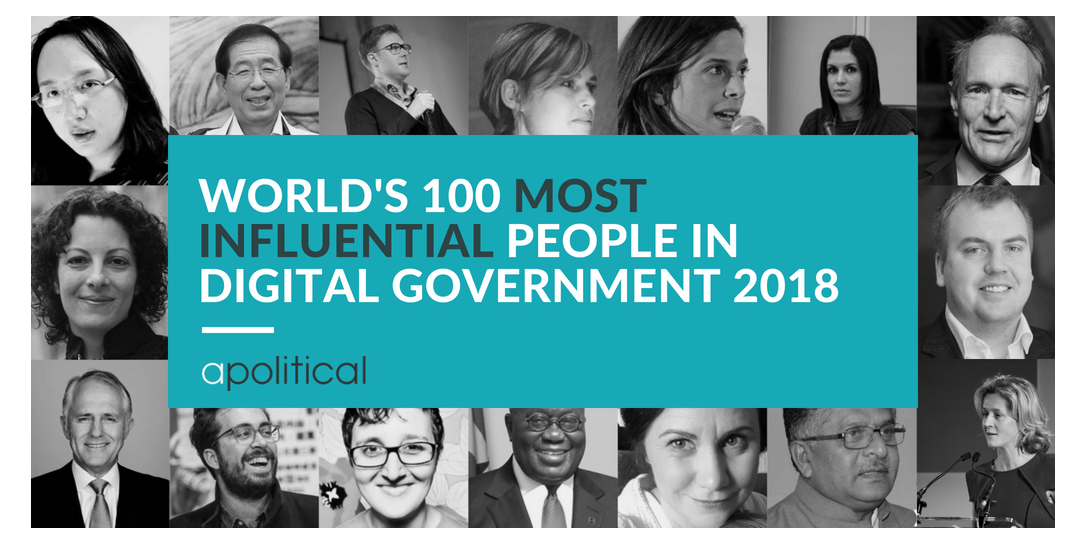 Taiwan’s Minister without Portfolio Audrey Tang (唐鳳) was named one of the “World’s 100 Most Influential People in Digital Government,” according to a recently published list from global public policy think-tank Apolitical.

The 2018 list of the world’s 100 most influential people in digital government is the first of its kind to show the international spread of innovative work in the field and includes people from every continent, the Apolitical website pointed out.

The individuals listed were nominated by over 100 expert contributors, including digital government experts, academics and public servants, the website said, adding that the final selection was reviewed by independent experts from around the world.

Information published with the list identified Tang as a software developer and former entrepreneur who dropped out of school at the age of 12 to focus on coding and founded a search engine company before the age of 15.

By devising and implementing a strategy to create “digital Taiwan,” Tang is helping the country become an Asian Silicon Valley, the information said.

Tang, cited as “Minister for Digital, Taiwan” in the list, said that civil society and government at all levels in Taiwan has achieved much to be proud about in the field of digital governance.

Taiwan’s experience and knowledge have also become an important source of information for the country to share with the international community, Tang said.

For the first time, the concept of digital governance was also included as part of the nation’s diplomatic policy this year, Tang said, pointing out that this indicates the growing significance of the issue.

In addition, Tang said that even though she was named in the list, the hard work is being done by people all around Taiwan.

This honor is an affirmation of the overall social effort being made and “it also encourages us to do even better in the future,” Tang said.