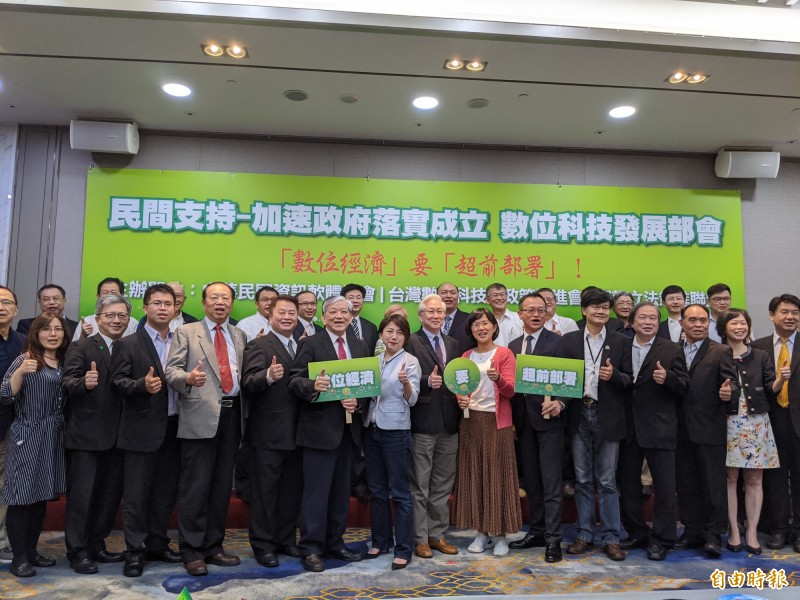 Many information technology organizations in Taiwan attended a meeting in Taipei on Wednesday (May 13) to continue their push for the government to set up a new national agency dedicated to managing affairs related to the development of digital technology.

In 2015, the Information Service Industry Association (CISA) teamed up with 54 information technology-related organizations in the private sector to form a league in order to facilitate legislation beneficial to the industry. The CISA and the league have played an important role in trumpeting the importance of digital technology to the nation’s economy and in leading private sector-based efforts to push for the creation of a new national agency to oversee and coordinate all efforts and resources in the digital space.

The appeal was heard by President Tsai Ing-wen (蔡英文), who had said in her address to the 2019 Future Tech Exhibition that the government will “study the feasibility of setting up a digital technology development agency to integrate the five fields of information, information security, telecommunication, network, and communication.”

CISA Chairman Shen Bo-yan (沈柏延) said that it’s hard to mobilize the digital economy without a national agency and urged President Tsai to establish one after she begins her second term on May 20.

Digital Taiwan Roundtable (DTR) Chairman Luis Ko (高志明) said that, in the past, hardware had been the staple of the Taiwanese economy, with software only accounting for a small portion — but now it’s the opposite. The digital economy has been playing an important role in Taiwan’s competitiveness, he said, adding that he is grateful for President Tsai listening to what these organizations had to say, which represent the strong opinions of their numerous members on this matter.

He went on to say that he hoped Minister Without Portfolio Wu Tsung-tsong (吳政忠) and Legislators Su Chiao-hui (蘇巧慧) and Fan Yun (范雲), who were all in attendance at the meeting, can transmit the message to the government and help push for the creation of the new agency.

Wu said that the COVID-19 pandemic has highlighted the importance of digital technology and accelerated the development of new modes of operation for society, such as teleworking and teleconferencing. He predicted that there will be some concrete actions taken by the Cabinet with regard to creation of the new agency.