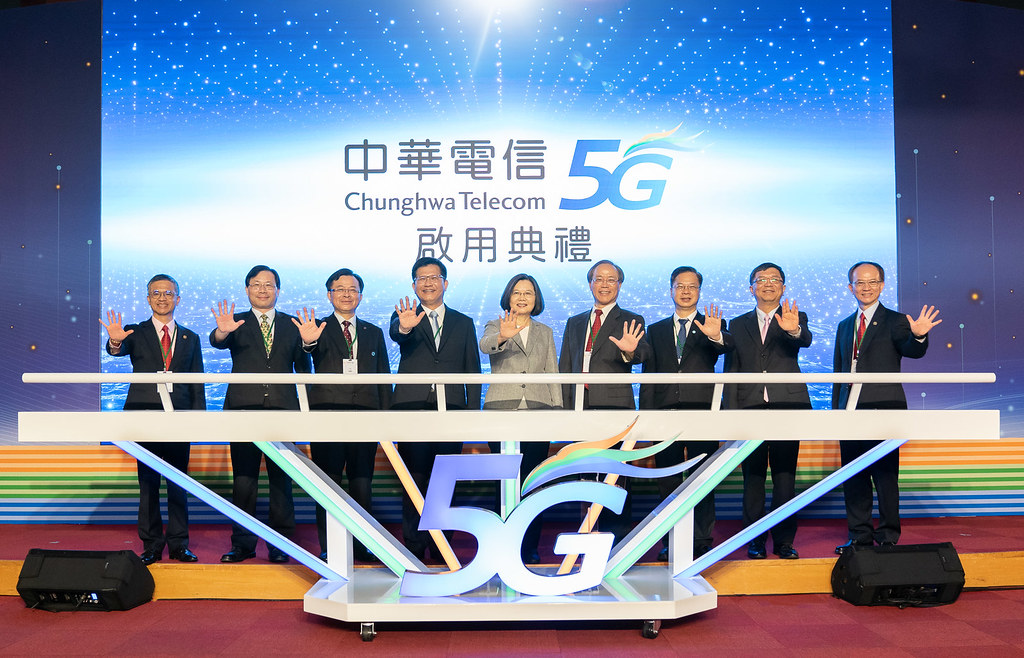 The start of 5G services by two major telecommunication companies in Taiwan on Tuesday is a “critical milestone” in the development of the country’s tech sector, President Tsai Ing-wen (蔡英文) said at one of the launch ceremonies.

The introduction of 5G in Taiwan represents significant advancement, Tsai said, noting that in the era of 2G – second-generation mobile internet – users could send only basic text messages.

With 5G internet, however, people will now be able to download a two-hour movie in only three seconds, she said at the launch ceremony for Chunghwa Telecom Co.’s 5G services.

Everything, from autonomous vehicle technology to smart healthcare and disaster relief systems, is expected to benefit from the low-latency network, Tsai said.

“As I’ve said before, launching 5G is the most critical milestone in the advancement of our semiconductor and IT capabilities, she said. “Now, like the United States, Japan and Korea, Taiwan has entered the 5G era.”

Tsai said her administration will invest NT$20 billion (US$678.98 million) over the next four years and ease regulations to spur the development of a strong 5G industrial ecosystem in Taiwan.

At the launch ceremony, Chunghwa Telecom Chairman Shieh Chi-mao (謝繼茂) said his company has already built 2,000 5G base stations across Taiwan to provide coverage to all 22 municipalities in the country.

Since Feb. 21, when the second round of 5G spectrum auctions ended, Chunghwa Telecom has signed NT$7.4 billion worth of 5G commercial contracts, he said, noting that 5G is one of the six major areas prioritized by the Taiwan government for development.

With the launch of the new service, Chunghwa Telecom is offering eight different 5G plans, ranging from NT$599 to NT$2,699 per month, including a 24GB plan for NT$599 and an unlimited data plan for NT$1,399.

Also on Tuesday, Taiwan Mobile Co. announced the launch of its 5G services, with several plans that will become available July 1.

The company also said it will complete 4,000 3.5GHz base stations by the end of 2020, which are expected to provide coverage to around 90 percent of Taiwan’s population.