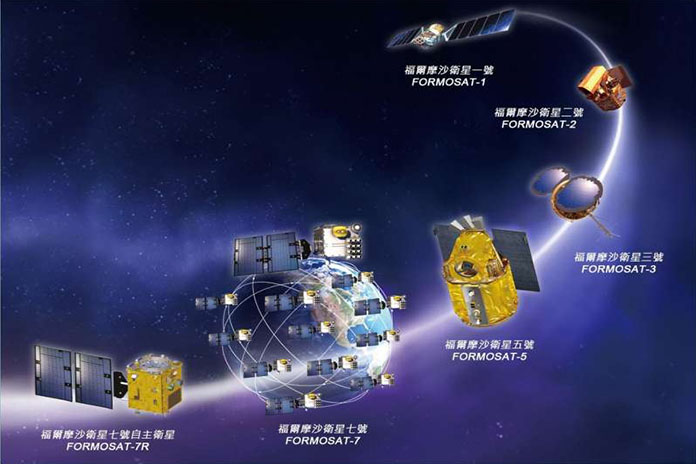 At the Cabinet’s weekly meeting Thursday, Premier Su Tseng-chang received a Ministry of Science and Technology (MOST) briefing on Taiwan’s space program and efforts to expand into the global space industry. He said the government has committed NT$25.1 billion (US$831.1 million) over 10 years (2019-2028) for the third phase of the national space program, with the objective of launching one satellite per year, while also supporting the satellite industry’s supply chain and cultivating a robust new generation of space talent. He asked MOST to ensure that each satellite program is completed on schedule and help raise the competitiveness of Taiwan’s satellite industry.

Thanks to MOST and collaborations among industry, government, academia and research institutes, Taiwan successfully completed the first two phases of the national space program, not only building up indigenous R&D capabilities and platforms, but also bringing more than 40 companies aboard the space industrial supply chain and developing about 15 key parts and components. The program also nurtured startup companies and space specialists, using home-grown technology and international collaboration to build the FORMOSAT-5 and 7 satellites. The Triton weather satellite is also slated for liftoff in 2021, which will mark another milestone in Taiwan’s space program. The premier applauded the efforts of all who contributed.

To further promote Taiwan’s aerospace industry, the premier continued, President Tsai Ing-wen has outlined her vision and development strategies for the next stage of development. In terms of space technology, Taiwan should combine its indigenous satellite capabilities with its existing strengths in the semiconductor, precision machinery, and information and communications technology industries to transform Taiwan into a major R&D and manufacturing base for satellite components and related system equipment and services.

As for aviation, a prototype of the nation’s first indigenously developed advanced jet trainer, the Brave Eagle, rolled out of the factory in September and is expected to make its maiden flight next June. This past December 17, the premier witnessed the signing of a strategic alliance agreement between Taiwan’s Aerospace Industrial Development Corp. and U.S. defense contractor Lockheed Martin to make Taiwan an F-16 fighter jet maintenance center for the Asia-Pacific region.

From aircraft design, R&D, and manufacturing to components and maintenance, Taiwan boasts a comprehensive industrial system. In addition to earning certifications of quality from domestic and international authorities, this industrial system has also established cooperative relationships with Boeing, Airbus and other heavyweights, the premier said.