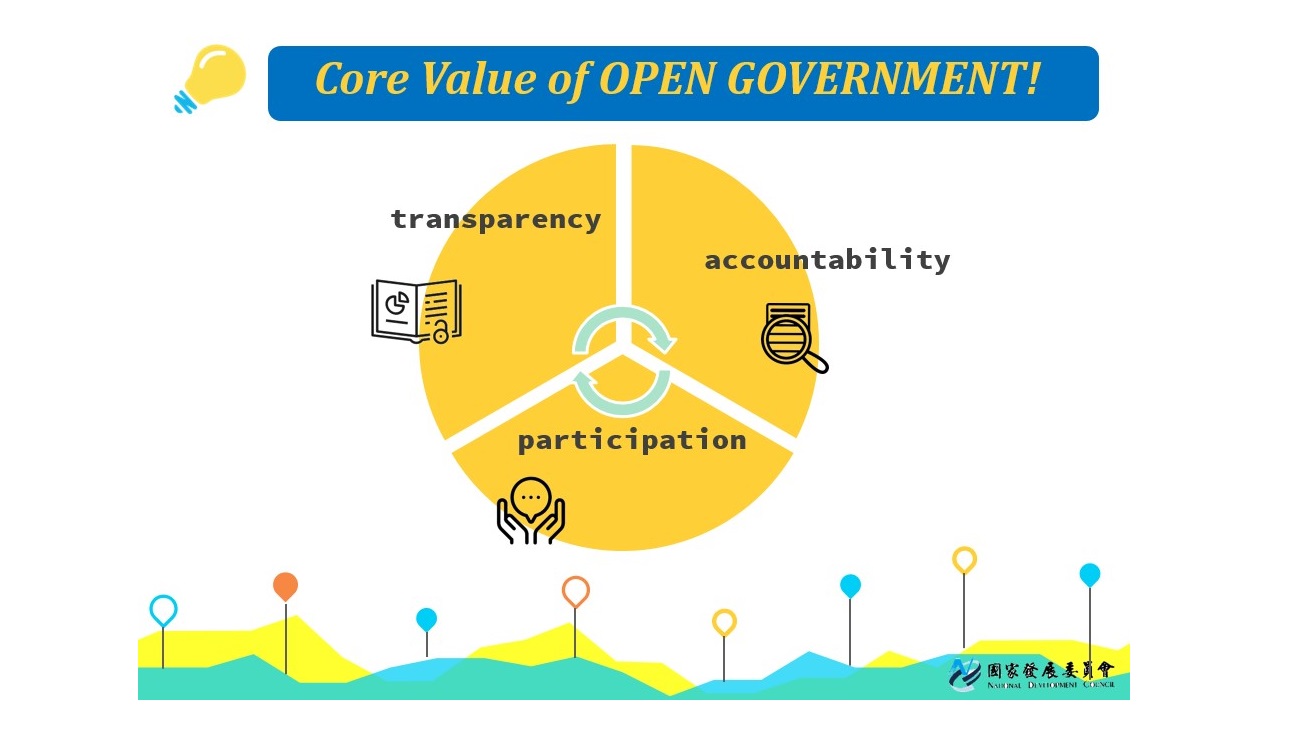 The National Development Council (NDC) announced on Wednesday that it has started drafting Taiwan’s first open government action plan that will kick off in January, aimed at achieving transparency, civic participation and clean politics.

An Executive Yuan ad hoc group in charge of the promotion of the action plan, led by Minister without Portfolio Audrey Tang (唐鳳) and NDC chief Kung Ming-hsin (龔明鑫), called its first meeting that day to discuss relevant issues.

The NDC said in a statement that the open government action plan will detail 19 government commitments in five areas – enhancing transparency, empowering civic participation, increasing dialogue between genders and ethnicities, implementing clean politics and wiping out money laundering – as part of efforts to strengthen the country’s governance.

Concrete initiatives pertaining to the five areas will be devised by panels under related government agencies, which will be submitted to the Executive Yuan by the end of this year, NDC officials said.

With the action plan, the government hopes to encourage more citizen engagement in its policy making to harness policies suitable for meeting the demands of the public and to highlight the values upheld by democratic Taiwan, they explained.

The open government action plan is slated to run from January 2021 to May 2024.

In May 2019, Taiwan announced while attending the Open Government Partnership (OGP) summit in Canada that it would come up with its own open government action plan to pave the way for its participation in the OGP.

The OGP is a voluntary partnership that countries can opt to join and through which civic society organizations, in collaboration with government, can advance initiatives that they deem to be in line with their reform agendas.

It was officially launched on Sept. 20, 2011, with Brazil, Indonesia, Mexico, Norway, the Philippines, South Africa, the United Kingdom and the United States as the first signatories.

Since then, the partnership has grown to 78 national and 20 local governments, as well as thousands of civic groups, all of them intent on delivering the promise of democracy beyond the ballot box.