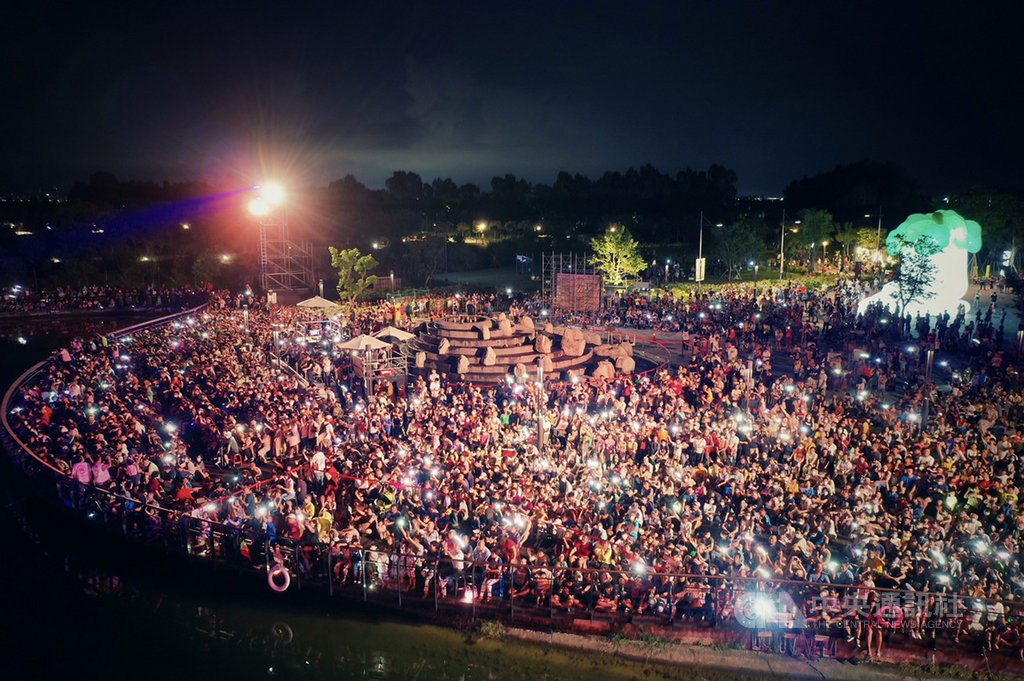 The National Palace Museum’s southern branch in Chiayi County saw a surge in visitors in July, which the museum’s chief curator Peng Tzu-cheng (彭子程) attributed to the launch of a new exhibition, water shows and drone performances.

According to Peng, early calculations show that more than 190,000 people visited the museum in July, representing a 30 percent year-on-year increase.

If the calculations prove accurate, it would also be the highest number of monthly visitors recorded since the museum’s opening in December 2015, surpassing the current record of 186,858 visitors in February 2016.

Several new events unveiled by the museum in July have helped draw the big crowds, Peng said, including a child-friendly exhibition on ancient Chinese artifacts and outdoor water shows and drone performances.

A government initiative that allows visitors who stay in legal accommodations in Chiayi City and Chiayi County to visit the museum for free has also helped boost visitor numbers, Peng said.

The visitor numbers in August will likely be similarly high, Peng said, adding that a dance performance that featured 400 drones and a water show on Aug. 1 drew more than 10,000 visitors alone.

According to the Evergreen Palace Hotel in Chiayi, which sits opposite the museum, its occupancy rate has greatly benefited from the increased visitor numbers at the museum.

The hotel had an average occupancy rate of 70 percent on weekdays in July, and it was over 90 percent booked on Aug. 1, the hotel said.